When I heard this Git term for the first time from a colleague (who is English 💂), I thought it was a British idiom 🇬🇧. I even looked it up on urbandictionary.com, and I quickly realised that was an actual feature of Git. So, I had to teach this to myself. Then I googled “How to squash commits” and I ended up with a not very useful document on github. (https://github.com/wprig/wprig/wiki/How-to-squash-commits)

In very simple words, squashing your commits merges your several commits into a single commit. And there is no such “git squash blah blah” command either. We actually use “git rebase” command to achieve that. See the example case below to squash your commits 🙂

By following the steps below, I will squash those 4 commits into 1 commit.

Make sure that you are on feature branch:

Run the command below:

In my case, I will squash 4 commits. Therefore, I rebase HEAD~4.

Previous step will open your default text editor. See my case below: 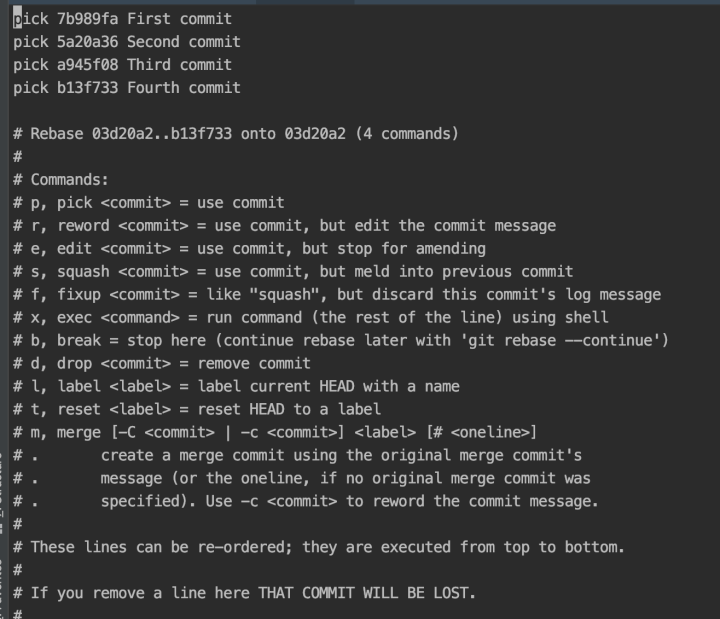 Leave first line as it is and type ‘s’ for the first word of the other lines. As the comments also elaborate, ‘s’ stands for squash.

After you save the editor (:wq), you will be demanded to save the merge request. Just save and move forward:

Push your changes with the command below: