This is the part two of my Google Maps series. I don’t truly know where we are heading with this app, but I will keep teaching you the secrets of Google Maps programming with React and Typescript. Few days ago, I released the last video. This article serves as a cheatsheet of what I implemented on Youtube. 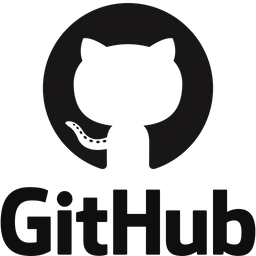 First, we should create an interface for our marker, right? I want to keep three basic data attributes for a marker. Of course, the label of a marker could be also added here as another string value, but I want to keep things simple. Maybe we do it in the next video.

Based on this interface, I also create the marker hook which will store the content.

While working with Google Maps on React, you should still write some Vanilla JS code as well. I don’t like this, but that’s the way it is. As soon as the map hook is initialised, we add a click listener into this function. This event listener will return us a latLng event object which will be used to get the coordinates from geocoder.

As you notice, I invoke a function called coordinateToAddress() whenever the user clicks somewhere on the map. The click event of google.maps namespace returns us a typical event (e), but this e event has a special attribute called latLng. This is our location value. In this function, I pull three different data types from geocoder. I get the address, latitute and longitude. Just what I need to update with my marker hook.

At this point of the program, our Map component successfully retrieves the coordinates of clicked point and it stores the data in our hook (marker), but we do not illustrate any marker to the user, yet.

I created this function just for convention. If we decide to create an array of IMarker objects (which means storing several markers on the map at the same time), we would create another function called addMultipleMarkers. But let’s see what addSingleMarker() does first. It simply follows the changes on marker hook with a useEffect and whenever it is updated we invoke addMarker function.

So, here is a much more reusable function. This is actually the place where our Map component will create the marker and it will show it to the user.

google.maps.Marker receives a JSON object where the options are almost limitless. There are so many attributes that you can use to customise your marker, but I only used fundamental parts here (position, map and icon). I also created a dummy function called getIconAttributes() which is only used for the output of icon. You may refer to Google Maps manual for further customisation.

The gif animation below shows how I create markers on the map, but there is a problem. As I click a point on the map, the component successfully creates a marker. However, when I create once more, the previous marker is still there although the marker hook changed its value. So, try to create a function which will remove the previous function. Good luck!

I hope you enjoyed this post. I will keep on writing more about Google Maps. Take care!